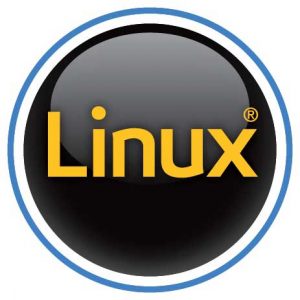 Linux Backup on IBM Power: Where is my mksysb for Linux?

If you are a sysadmin of AIX systems, you’ve probably come to rely on mksysb to meet your backup needs. You’re used to doing backups a certain way, and that way has worked reliably.

But at some point in your career, your job description expanded to include backing up Linux on IBM Power. You expect there might be a similar utility to mksysb on Linux. Then you find out that there’s not.

And so here we are. You may recall that when IBM introduced the Power line in 2004, they thought it would eventually supplant AIX. That never really happened. But IBM Power hasn’t disappeared, either, and it’s not going to anytime soon. If your organization has invested heavily in IBM Power, the sobering news is that backing up Linux on IBM Power will continue to be a challenge. But we’re here to help.

Linux on Power Is Growing

As you already know, IBM Power hardware is powerful enough to run multiple instances of your OS. You can just use Logical Partitions (LPARs) to run dozens or even a hundred different hosts on a single server. That adds up to huge cost savings and greater efficiency for your IT organization.

Over time, more and more IT teams have seen this situation as an opportunity to explore Linux. When you can carve up one server into so many logical partitions, why not use a couple of them to try out Linux? And so they have. We’ve seen increasing adoption of Linux on Power machines, due in large part to IBM’s prompting.

When SAP first released its HANA relational database management system in 2010, running Linux on IBM Power made even more sense. Companies also began to realize that it was not only possible, but advisable, to run other killer apps on Linux.

Of course, none of this changed the fact that there’s no mksysb on Linux. But there is something just as good, and in fact, better: Storix System Backup Administrator (SBAdmin).

The Need for Linux System Backups

Think about your last server crash on AIX. If you were backing up all your data like you’re supposed to, you were in a position to restore that data in minutes. But first, you had to complete one other task: reinstalling your operating system on a new server. That sounds like a straightforward exercise. But in addition to implementing the OS from DVDs, you had to install patches and updates. All told, the process may have taken several hours.

That’s why it’s essential to back up your OS as well as your data. What’s true on AIX is true on Linux. If you’re only backing up data, you’re leaving your business vulnerable to an outage of several hours—and potentially many thousands of dollars in lost revenue.

So if you’re looking into Linux backup solutions for IBM Power systems, don’t settle for just data backup. Look for a solution that will also backup your OS at the file level. A file-based system backup enables you to restore all the files you need and none of the ones you don’t. It also gives you the flexibility to restore your backup onto different hardware if you can’t find exactly the same server you were using before the crash.

In addition, make sure your backup solution is designed specifically for Linux backup on IBM Power. As you know, these machines boot very differently from Intel systems. Logical Partitions on IBM Power are not like your garden-variety VMs. LPARs often have complex storage configurations that can mix logical and physical resources such as multi-pathing. If your backup solution isn’t set up for that, you’ll suffer later when you try to restore after a crash. Finally, be sure your backup system supports both little-endian and big-endian byte ordering.

We’ve given you a lot to think about. In our next article, we’ll discuss why AIX backup must involve more than just mksysb. In the meantime, we hope you’ll take the time to learn more about the most robust Linux on IBM Power backup solution on the market. That solution is Storix SBAdmin —designed specifically for file-based backup for Linux on Power. To learn more, contact us, or speak with one of our disaster recovery experts at (877) 786-7491.